5 girls met. Talked. Slowly at first and then incessantly. They sat in the last benches of most of their classes. Had some adventures. Loads of giggles, some fights. Went through a bunch of guys. Made other gal pals and 20 years later are still around in a pretty good capacity given that work, home, spouses, kids and pets do make their presence felt quite a bit on a daily basis.

College was such a melting pot. You had all the directions of the country converge along with linguistic and religious backgrounds and still found that you fit somewhere; with someone. And you wore each other like gloves and the fit just got better with time with a few mends here and there. 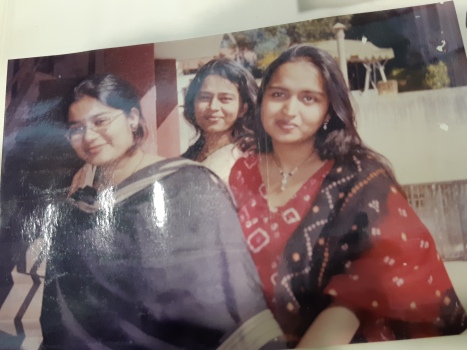 There were classes where you each were at sea, and then those where you still had the chance to sail through. There were gaffes, bloopers, red-letter days and some days you’d rather really just never remember again. There were fests and fiestas where you met the next few months’ rides in the form of people (ahem..guys) from other colleges and also did a quick dipstick to see if you were on the right end of the social spectrum when compared to the rest of the lot out there. Fashion played a big role. Some were gawked at, some gaped at and some just grimaced at as a bad idea never to be repeated with oneself.

You had days when the homework hadn’t been done and the entire class (barring the usual goody two-shoes suspects) was asked to leave by the lecturer with clenched teeth and furrowed brows. There were classes which were bunked at the proverbial last minute to go watch a newbie director’s movie premiere with no money left for snacks ergo home made lunches came to the rescue…however lame the situation seemed.

These 5 girls had their own idiosyncrasies; they still do but they had FUN! They didn’t have stars in their eyes but didn’t really know what the world had in store for them either. They sat and laughed at the teachers’ often utterly ludicrous utterances and marveled at the sophistication and expanse of knowledge the others possessed. They wrote their hearts out, thought about new things; had their horizons and visions broadened by good books recommended by even better teachers and still managed to sleep through at least half of their graduation.

Endless sandwiches were eaten along with innumerable cups of tepid coffee which kept the noggin running, however sporadically. They bitched, they gossiped, they cried, they guffawed with laughter and they made memories. In time they shared these memories with their significant others and introduced their friends to the new people they’d share their lives with thereon.

Twenty years on, on the right side of the dreaded (?) 40s, it’s nice to look back and know there was a time and a place and people who made you carefree, kept you young, foolish (in the best way possible) and buoyant.

Here’s to you ladies…you know who you are. 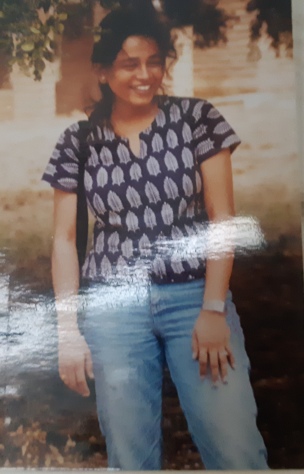 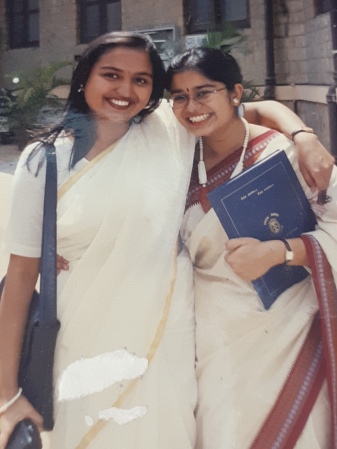