My father moved around a lot while I was growing up. And it was a good way to live, everything considered. Met new people every few years, or met the same old faces in different cities and towns and had a good time catching up.

India of the late 80s was a vastly different place from what it is now. And while that is a rather DUH kind of statement to make, it’s still very true. In 1988 my father moved to US for a few years. And we were as FOTB as they came. While my folks still knew something about the country and the people, I knew bupkiss. And when the learning began, I was like a sponge. Red still likes to say that I’ve yet to leave the accent and thought process behind although the country was left behind decades ago. With emphasis on the decade. Husbands!

For me it was a magical place. Imagine if the height of television watching till then had been the weekly mythological serials that the whole family lined up to see on Sundays and then cut to an 8 year old totally having a braingasm in front of a telly with more than 2-3 channels (back then) just for cartoons!

And there began the journey with music. Till then music was what my folks played on the turntable or what was on the radio or the Bollywood stuff on the t.v. There had been a brief exposure to BoneyM as a tiny tot but that was quickly forgotten as well.

Suddenly there was VH1, and MTV and music videos galore. And it was amazing. It played 24/7 and all you had to do was listen and you’d find something that stuck to your mind. Good or bad it stuck.

Things which kids are exposed to in their formative years always stays with them. And so the 90s with its big poofy, hairsprayed hair (for both men and women) stayed with me. The ripped denim, Gene Simmons’ make-up and guitar smashing and for some reason Slash’s weirdly placed bellybutton…all made an impression. I don’t like B-52 but remember their music. I don’t like any songs from Shakespeares Sister but can listen to Stay on a loop at times.

And that’s why even after all those years, after having spent more time away from that influence rather than time with, I still fall back to that music when I feel restless and fidgety. Listening to Winger (never heard any other song except Miles Away), Skid Row and even Heavy D…all seem very very comforting. Because that’s what music does to you. It transports you to new (and old) experiences, emotions and by the time you descend back to yourself, you’re set. For that moment.

I have a varied playlist on my phone and every now and then when I hit shuffle it comes up with things which really make me stop and listen purely for the nostalgia quotient. And that’s when reality intrudes with a rather jarring sound- that of DJ Snake’s Magenta Riddim because small hands found the phone and thought it would be fun to shake things up a bit from the boring U2’s With Or Without You….kids! 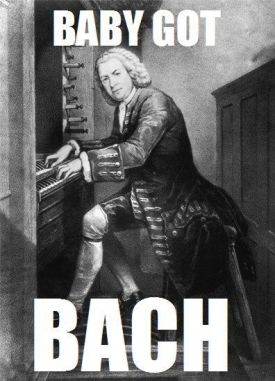 Hola! am a vertically-challenged woman who's rediscovering her mojo, groove and herself post becoming a mother..I love to blog, eat and sleep and oh! MUST READ! that in a nutshell is me..add traveling and an SLR to the mix and you have an immensely happy camper!