Red and I impose parental controls on TO’s digital media views and mainly their content. 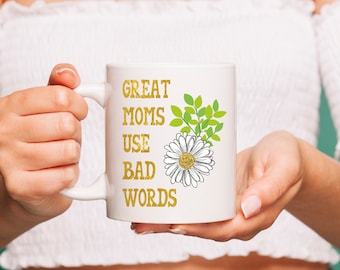 A while back he and 2 of his cute little friends let it slip how they’d sneaked a peek at The Conjuring while playing unsupervised at another friend’s house. I was able to correlate that with a period of being kicked out of my own bed because someone was afraid to sleep alone in their own room. Or even when they did sleep alone, they wrapped themselves up like a mummy and gave me sleepless nights about suffocation and what not! This morning I was telling Red over coffee that I had weird dreams last night from seeing clips from The Shining and being partly sleep-deprived and suddenly pipes up a voice from behind me, “Oh yeah, that boy with his cycle and those 2 girls who meet him in the hallway and that old guy who gives him icecream and tells him not to go in a room…that movie, right, with all the blood?”

After internally WTFing with myself liberally I turned around to ask him how he knew about the movie which he did not have the clearance to watch. He told me very casually that he’d watched it at another friend’s house but only a little bit and he wasn’t scared of it at all!

A part of me is happy that he’s choosing good stuff to watch and not getting messed up in his head by watching things like Evil Dead or the Saw movies, but almost 10 may not be the best age to watch someone’s spiral into insanity and attacking their family with an axe. Just saying.

And while my mother let me watch horror movies when I was his age, I can honestly say I was in it for the blood and gore and she was ok with it because she knew it was a phase and I’d outgrow it. She steadily kept her hand over my eyes during the scenes with nudity though. Come to think of it, most Hollywood undead serial killers are such perverts! They wait till a person is “otherwise occupied” and choose that time to cut their heart out. But those days of cozying up with my mom on the couch, hogging on Hershey’s chocolate pudding cups and watching Jason slash through teenage bodies with his chainsaw…oh the nostalgia. Am almost choked up.

But if this kid thinks he’s going to watch gore before he’s 35 he’s got another thing coming!

P.S: This blog post and the others like it have been brought to you courtesy of a Macbook Pro that I was given so very thoughtfully for my birthday this year and about which I have not waxed on eloquently enough.

Disclaimer: This is not an Apple sponsored advertisement. More like Red-sponsored.