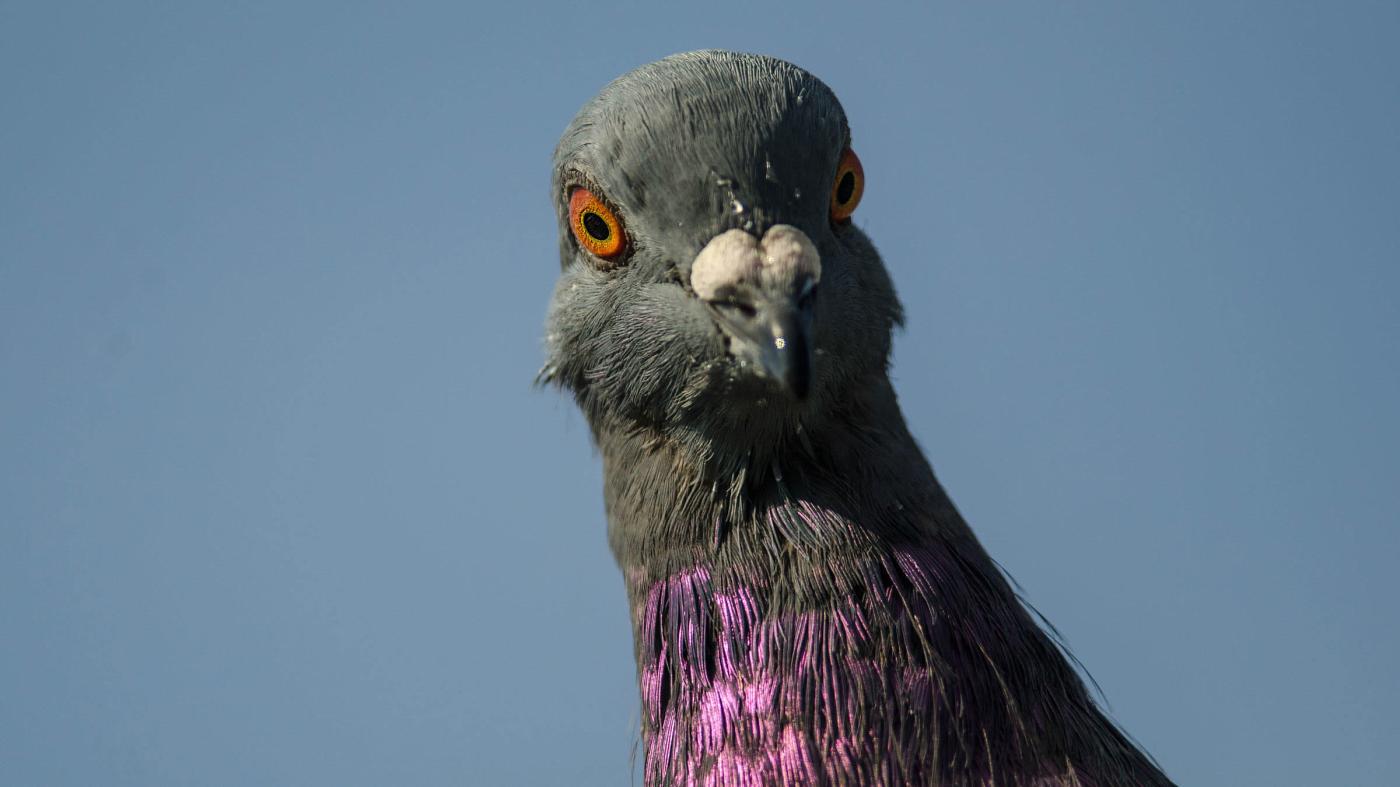 I really don’t like pigeons. They are nature’s poop-factories and the bane of statues everywhere. They’re like these neurotic birds who keep walking in circles, bobbing their heads while they lay their dumb eggs everywhere they aren’t supposed to be building a nest and then pooping around it as well. Stupid birds.

The parapet outside TO’s room is guano-central and possibly a pigeon graveyard. There have been quite a few dead chicks there over the last year and wouldn’t you know it; the adult birds just keep doing their weird walk and keep walking over the decomposing body. Talk about being stoic!

I’ve never seen a pigeon catch a caterpillar, eat a spider or even a house lizard. All those useful things are done by eagle-eyed owls, raptors and other non-stupid birds. But pigeons will dance around, poop, dance around again and then fly off. Their version of Eat, Pray, Love could very well be

Anyhoo, the reason for my tirade is that I was driving down the road where right from the people to the stray dogs all moved away but two pigeons were doing their round’n’round zombie walk. I honked and expected to see a flurry of wings but instead there was a puff of feathers in the driver’s side window. And then there was a lump in the road…with another bird still going on its merry circular way.

I have never killed anything barring mosquitoes and a few bugs here and there and as much as I dislike those poopsters, I didn’t want to run one over either.