For anyone who’s wondering about the sudden jumps in the numbers on the blog posts, let’s just put it down to outright artist license and move onto the good stuff. Here’s another post which brought a smile to my face because life has interesting ways of teaching us lessons.. 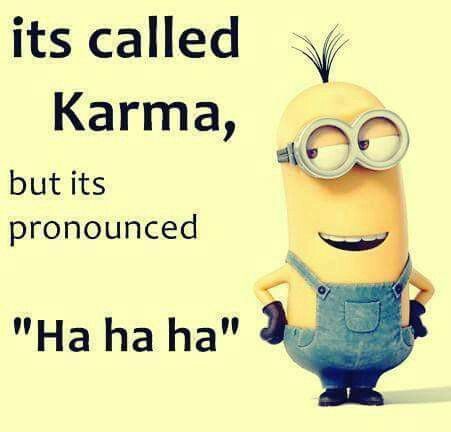 Vengeance is mine, and I will repay.”

Or something to that extent I imagine must have passed by an old chappie’s lips when four loud, boisterous kids from his neighborhood would filch his precious stack of clothes pins and make them disappear day after day..

The more he complained to his neighbors (the parents of the brats) the more clips kept disappearing. They’d go off the clothes line and end up in the oddest places, like the water tank. Which after a point of time seemed to verily have more clips lying at the bottom than coins in the Trevi Fountain!

Anyhow, he’d rant and rave and often cuss at them, not that they gave a hoot! It was fun to see the crusty old man finally move his potato sack of a body off the swing and lumber after them. Else it was the swing where he sat, day after day and made it squeak and squeak as if it was his life’s purpose.

The brats didn’t know that the irritable man who always told on them was actually retired and wanted nothing more to sit on his swing and sip from his stainless steel glass of booze that would remain undetected in that wettest of dry lands. So the sight of children causing a ruckus put a cramp in his guzzling plans indeed! And if he stayed compliant and ignored them, he would have to face the task of answering his not so little woman who would wonder about the regular disappearance of her clothes pins.

Cut to present day- one of the brats is grown up now. Somewhat. When she finished her laundry today and went to hang up the innumerable little things that her child goes through daily, she found that she was YET AGAIN short of clipsies..!
How she gnashed her teeth and wished that for once her beloved dumpling would throw something else off the balcony or find other things to confiscate instead of the oh-so important clips…

And while seething and doubling up the clothes (since there weren’t enough clips to go around) she thought of a curmudgeon whose clips she and her fine companions would to love to chuck into the water tank or use as marks to get badams off the tree.

And then it came home to her…what goes around definitely comes around. And there was plenty more coming her way…!