It’s a longish title I admit but sometimes you have such a doozy of a week that you just need to get it out of your system and can’t be bothered by the aesthetics of formatting or “optimum” title lengths. Apparently blogging tip#1 is that one needs to keep the title ‘short and punchy‘ to attract more readers.

My kid is 10 years old. He acts half his age at times and then there are other times when I have no idea what he’s acting like except that it A-N-N-O-Y-S me.

Blogging tip#2- occasional allcaps in the midst of a post lends some gravitas and also attracts attention.

Anyhoo…for those who have arrived late onto this particular blog, I chiefly write about my kid. Why? Because he fills up my world rather like the John Denver’s Annie Song but in a less melodious way at times. Blogging tip#3- it’s easiest to write about what you know and see around you so I kinda didn’t have a choice when it came to my topic of blogs since being a M-O-M is pretty much all I do. Note: a effective use of tip#2 in the preceding line.

Another anyhoo- this past week TO and I have been butting heads quite a bit. It’s almost as if his agenda for the week was let’s see how much my mother’s head can swell before it explodes or how high she can screech before she hits a frequency only dogs and bats can hear. I think he hit his targets pretty often and that’s why there were loud popping noises coming from the direction of our house a few times this week and often dogs in the community were seen running around in a frenzied state looking for the source of the noise that left their hoomans mystified.

There is usually a good amount of push and pull when one wants to get a kid out of bed in the mornings. But being told off by a buck-toothed midget that I should come back later because I’m disturbing his dreams, isnt a way I like to start off my week. 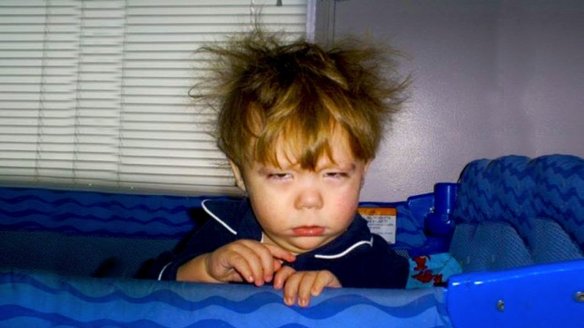 This continued for a few days with TO shooing me off like I was a pesky bug on occasion as well. All of which my ego withstood admirably. Since my ego was coming a poor second to my eyes which were firmly fixed on the clock that was counting down the minutes till the school bus came. 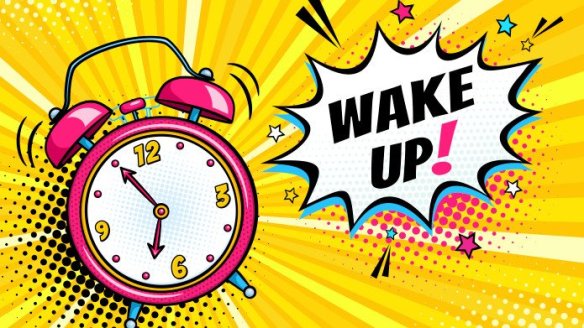 Imagine this- you get a super reluctant kid out of bed only to have him lollygag on the livingroom couch as if it’s a weekend siesta. You then kick his butt into the bathroom only to see him stare off into space with gormless look on his face for another precious five minutes more.

You get him on the Express brushing schedule and drag his body to the dining table where his milk has been impatiently waiting for him. There he contemplates the glass of milk as one would the mysteries of the universe and then, after another irreplaceable 10 minutes have gone by, asks the one question you did *not* expect, “Ayu…how do you say the name for Thor’s hammer?”

You instinctively start to answer before you realize that in the next seven and a half minutes your kid has to finish his milk, poop, bathe and meet the bus-a short walk away.

That’s when your inner Hulk breaks loose and you think some rather painful thoughts about where Thor could stick his hammer and get into the shrieking banshee mode.

You think the weekend is going to be better however it’s anything but bereft of drama.

So for all the parents out there who aren’t always looking at your flesh and blood with undiluted love oozing from your pores; fret not. You aren’t the only ones who fantasize about having a catapult that would fling the brat to a galaxy far, far away.

P.S: I haven’t even tackled the mad rush we get into when there’s just 2 minutes left on the clock and someone realizes that he hasn’t packed everything he needs for school day that. There’s not enough Xanax in the world to counter that.

My kid rates fairly middling to high on the maintenance scale. As a family am sure we all do. In each others’s eyes if nothing else We rate above average on the drama scale too. And not the kind that rates the good drama and invites curtain calls and huge bouquets of roses. This is the soap opera kind which has varying quantities of MELOdrama, pathos, angst and ire. And that’s all in the first few sentences uttered by TO. I am perpetually the evil witch and boy am I glad! It maybe in the genes but when I see a kid who acts up, my palms itch to connect with their backsides and bring out all the shades in the spectrum of red.

One thing that TO has been pulling on us is threatening to run away each time he gets UBER exasperated with us. The first time he pulled that nonsense I admit, I was taken aback but then knowing his love for peanut butter and the telly; I knew he’d be back. And he was.

Fastforward a couple of years and this morning suddenly the “I’m leaving” bomb gets dropped on our head. Again. Red was no help at all being the good cop.

Thankfully I was fully caffeinated and had happy things to do for the rest of the weekend so I didn’t sweat it. I asked TO to make out a list of places he thought he could go and stay in and keep the list a bit long in case some people were unavailable to have him crash at their place long-term or use their wi-fi free of cost- whichever is the bigger transgression.

Not surprisingly, he quickly changed his tune. He started negotiating with me and started tell me that for the low, low cost of screen time, I could have the pleasure of his company at home forever. Clearly this mom found that too high a price to pay so I insisted that he keep the list ready since he was going to get the digital media taken away sooner or later and he’d again get upset and want to leave.

I even suggested putting the list up on his door, in big, bold font and colors so it would be easier for him to choose where he wanted to go and live. Weird how soon the threat fizzled out soon after that. If this were a cartoon, TO would be like a balloon, whizzing around the room, rapidly deflating.

We’ve been having slightly wonky weather here. It’s rainy and overcast one minute but suddenly bright rays of sunshine will burst through the clouds and blind us all.

TO has been slightly under the weather. His usual scheduled spell of cough-cold-almost-guaranteed throat infection during the monsoons is slightly delayed this year but it’s finally made an appearance.

He’s been home since Monday and my good cop’s taken a hike and left the bad cop on indefinite duty.

This morning after meeting our family physician, I told TO that he’s not really sick so he should get cracking with his chores and not spend the whole day whining about screentime.

The love of my life, flesh of my flesh did his chores…with aplomb! He made his bed by folding the bedcover in halves like a door. And he proclaimed it was a coffin. For ME.

I told Red that I’d need a lot of alcohol to get through today. Or maybe a Valium. It’s all the same when your kid prepares a coffin for you with glee and adoration.