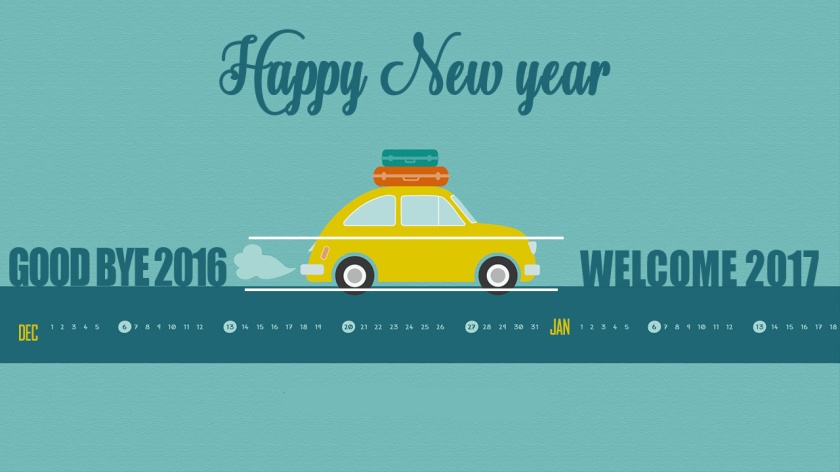 The 3 of us (me, Red&MLM) rang in the new year inside a loud, creaky, semi-uncomfortable airport shuttle bus. But I got to wish my folks, my bestie and also make an  SOS call to good friends who came and picked us up from a drop-off point since Hyderabad cabbies decided to be sadistic on the last day of the year and go on a strike.

While I *am* known to bitch and gripe for fairly long periods of time when the fit is upon me, last night’s events seemed quite amusing. Here we were, fresh out of the First Class lounge followed by flying Business Class back home and we stepped out to get lumped in with the rest of the world when it came to getting back home. And lump it we did! And it wasn’t as tough as I thought it would be at all.

There was a little boy incessantly asking his dad when the bus was going to move, there a conductor who was loudly asking about tickets and drop-off points and there were people who were (again loudly) discussing the taxi strike and those who were just so bleary-eyed that they didn’t give a rat’s ass about anything except their face hitting their pillow.

So why was I not grumpy and adding to the less than happy vibes floating around the bus?Well some of the credit for that goes to the champagne I had in the flight and the other was because I was going HOME!!

We aren’t the society creme de la creme by any means. But we’re comfortable. And we’d had a lovely fun and sun-filled week in Thailand. I had behaved like a glutton and was going to need most of 2017 and 18 to work off all that. But I’d really Zenned out while in Thailand and no bus, even one that needed a total overhaul and a muffler change STAT! was going to take that away from me. Add to that my child fell asleep quite quickly even before the bus started to move and it was an easy ride back home coloring mandalas (my latest thang) on my phone.

A lot of the experiences we have in life, the good and the bad are usually colored by the thoughts going on in our head at that time. I’d spent a good amount of time travelling back to India irritated with my child. He was being a brat and I still wanted my Zen bubble around me. But the husband, a great guy to travel with, had intervened throughout, suggested I have some champagne and most importantly had changed seats with me so I was able to get a little more head space away from the offspring and his monster persona.

2016 had been quite a dramatic year. Quite a few things took me by surprise. Shook me up. But most importantly, the shaking stopped. And now I have a whole year to stabilize and look forward to more; memories, laughter or even Zennishness.

So here’s raising the virtual toast to  2017. May you prove to be an outstanding successor to 2016. And may the adventures continue…even if in a bus.