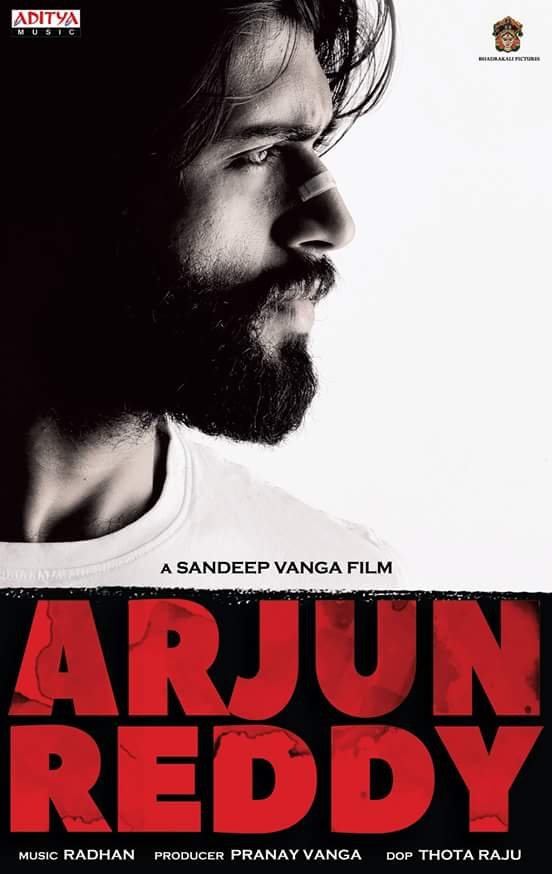 After a long time, 10 years to be precise, I watched a Telugu movie- Arjun Reddy and enjoyed it quite a bit. As a person who doesn’t have too much fluency in the language, scratch that…I can make do if I have to, else I nod my head along to pretty much everything; I didn’t feel like the movie was beyond my reach at all. The only reason that I even ended up watching this movie is because the Lord&Master suddenly announced his wish to watch it and wanted me to come along. That alone was enough to pique my curiosity.

It’s very visceral and quite emphatic; possibly due to being an out-and-out drama and here’s my 2 cents worth:

I’m glad the director decided to use subtitles so people could keep up. There’s only so much you can deduce from body language and nuances alone. But the reason this movie works, despite the running time and at times overly dramatic posturing of the lead character, is due to it feeling real.

The lead actress isn’t a wallflower neither is she very prominent. Except that she is. Even when she doesn’t speak much, or just flits in and out of a scene, her impact on Arjun Reddy is what takes the story ahead. I’d read that Shalini had dubbed all her own lines…commendable given how different the Southern languages are for native Hindi speakers.

At the end of the day, every movie is made to tell a story. It’s made to entertain. And this one does…in spades! Despite all the controversies over the non-issues like liplocks and being tagged as misogynistic. On one hand if Arjun Reddy tells his girlfriend that she should be friends with a fat chick because a pretty girl and a fat girl are an equation that work, he is equally dismissive of a friend’s sister being married off to an NRI who outright objectifies women and demeans them without any provocation.

Everyone who saw this movie, found something they wanted to in it…I was entertained and got good music out of it…not to mention total eye candy! *wink wink* It should be left at that…a story about a brash man who feels deeply, loves deeply and takes on the world and screws up only to get back up again. Nuff said.