A while back I’d written about a pigeon that had a less than satisfactory interaction with my car. The car didn’t feel too bad for sure and I felt a bit of annoyance but didn’t let it bother me much since there are way more pigeons than there are cars in this world. Or it seems to me.

A while back a flock of pigeons decided that TO’s window parapet was a good place to set up shop and play out the circle of life. They would coo to each other, mate, make a nest, lay their eggs, incubate said eggs, get hatchlings, some would die and the rest would fly off only to come back and replay the entire unchanging drama all over again.

In the process copious amounts of feathers were shed and poop was pooped. It was a not a place I was happy to call my own. We were majority hampered by the lockdown that was in place and couldn’t get a vendor to come and install pigeon nets for that area either. Over time the window ledge became guano central and had enough allergens floating around (literally) to make an allergist super-duper happy.

Let me tell you something about guano. It’s good as a fertiliser, sure, but it’s acidic in nature as well. It stinks and it’s not the most pleasing thing to set your eyes on either. It’s downright unpleasant and not something I want on my windows. And to top it all off the pigeons are no candidates for MIT since they kept doing their freaky round and round pacing even around the dead chicks and still managed to make their nests around the corpse and lay more eggs.

Yesterday was another red letter day wrt said bird. One calmly sauntered, yes sauntered, into the dining room via the living room, through an open window and proceed to walk up and down the length of the hall as if it had paid the mortgage on the house. When I saw it and tried to shoo it away, it again proved how much of a brainiac it was by NOT flying through the large AND open balcony doors and out into the wide blue yonder. Instead it flew into the small kitchen and from there into the utility area outside the kitchen where we have pigeon nets to avoid the situation that was happening right then.

In due time Red, TO and our Favourite Girl#1 arrived on the scene and proceed to be unsuccessful in driving the then-panicked and still dumb bird away from the nets and towards freedom. It’s always fun being advised by a 41, 11 and 5 year old in rapid succession while I advance towards a scared bird that’s pooping all around the place where all the cleaning of the household goes on.

Ultimately the said pigeon was captured with a sheet thrown over it and then released into sunny skies where am sure it did not head off towards safety. Knowing this particular bird, am sure it headed to the next apartment’s window and promptly started to explore how their house was set up.

Jokes apart, it is very difficult trying to get a firm grip on a squirming body. It was tough when TO was a baby who had enough mucus jammed up his nose to make me become nauseous and I had to go all octopus on him with the nasal aspirator. And it was tough yesterday with the bird with the super silky feathers and a brain that didn’t tell it to do anything but fly in circles and flap its wings uselessly.

They should confine themselves to pooping on statues, St.Mark’s Square and Trafalgar Square and just be happy. Anything more is just greedy; plain and simple!

I write a LOT about parenting. Usually in states of bewilderment or gripes because while it’s a beautiful thing to experience (NOT) it is REPLETE with pitfalls, second-guessing oneself and for me: a usually irresistible urge to flip someone off.

I know plenty of people who have kids and extol the experience to the heavens and can’t imagine a time when their little princesses and princes didn’t seamlessly fit into their lives, But the Bell Curve being what it is, there are plenty of us out there who go through various levels of WTF-ing pretty much throughout entire parenting process.

For the most part, once you get over the notion that there is no returning this particular gift, is when you can get down to brass tacks and start the actual process of parenting.

And while amongst the people who are co-parenting together, there will be a fly-off-the-handle person vs a I-won’t-fly-off-the-handle-and-you-can’t-make-me person, the facts remain that until your kid does something that you never expected, you don’t have a response that will either have a) a desired effect of teaching a child a behaviour that is acceptable or b) come back and bite you in the ass at the most inopportune time.

Child-rearing for me has largely been divided into TWO major parts for till now: I. where I was in control and II. where the control has slipped and the slippery slope it’s on is unending.

This is not to say I have an immensely difficult child. I have a HUGELY expressive child who Red and I have encouraged to be curious, expressive and be friendly with us. And therein lies the rub. Because once you open the stable door to the “Be-Friends-With-Your-Kids” stall, the “You’re-My-Friend-And-Not-My-Boss-So-You-Can-Suck-It horse bolts and catching it is TOUGH!!

I have a beautiful child. He’s pretty. Has long lashes, a cute face and was generally considered a damn cute kid even by those who don’t fawn over kids to the extent of inducing nausea in others. And I LOVED every single atom in his body. Even down to the stinky-diaper covered bits.

But then he started growing up. I thought it would be great fun! Mother and son colouring like we were tripping on shrooms, laughing, dancing and generally having those memorable moments you like to look back at and beam proudly at. Instead so many days go by when I think, “Dang, again? Screw it..I’ll just spend the day doing virtual retail therapy and living in the Kindle world because it’s nicer there and no one gives me attitude!”

And that in a nutshell is what life with a pre-teen, teen and often a young adult child shapes up to be. You don’t entirely know where you took a wrong turn in your parenting journey; just that while you still love the kid down to his atoms; you wouldn’t mind throwing a pie in his face and cackling like an evil witch because he is kinda hard to like every, single, damn day!

What is also pretty hard to do after a particular age is the recalibration of one’s self, personality, reactivity to issues because you can’t stay who you were while parenting. Not entirely anyhow. And those who claim that “nothing’s changed at all!” are either getting paid by Pampers and other baby/ kiddy product companies to have loving smiles pasted on their faces but the rest of us know the dark truth- Once you have kids…you go to the dark side. And pretty much end up camping there for good.

Because while the kids are still evolving, you have largely evolved but will need to devolve to some extent to get to a place where toothpaste on top of the shower cubicle isn’t a reason to freak out and don your best gormless look. Where impromptu hair and eyelash cuts aren’t a weird thing, where creepy crawlies are plush toys your kid hugs while sleeping and where every problem is solvable (temporarily) with a healthy dose of Netflix and eating like a human vacuum cleaner.

So you do the same dance every day where you talk, talk and talk and they don’t listen, dance around while they should be paying attention and basically acting like life’s an endless Spring Break! Occasionally you go silent because it seems pointless to be in a S.S.N.D kind of situation but then comes a small hand on your shoulder and they agree to play ball…just for a bit though…and you grab on and hope you can make it last!

I have a couple of pet peeves that I have carefully nurtured over the years; hence the word pet. Here they are in no particular order:

That’s all for now. I am off to a session that will help me connect with the energies of the cosmos and hopefully not care so much about non-punctuating, wet-towel using, food-uncovering people I share my space it.

Monday to Friday my child looks at me as the incarnation of the Wicked Witch of the West+her flying monkeys all rolled into one.

Weekends I do the same to him when he gets up before I want him to.

Cue Elton John singing ‘Circle Of Life’ in the background.

Today I walked on all fours. In an extremely ungainly manner. Bum in the air, hands flat on the ground doesn’t do it for me. And also makes me appreciate the load my feet carry.

My trainer occasionally gets his peeps to do various animal-walks. Red’s come back all winded doing a duck walk and apparently there’s no end to the variety of animals that can and will be channeled in the fight towards a fitter body. Here are a few that trainers love to inflict on us poor heavyweights.

All of these are designed to impact the body positively; in theory. But doing them is another ball game altogether. Especially when all the body wants to do is curl up and sleep. 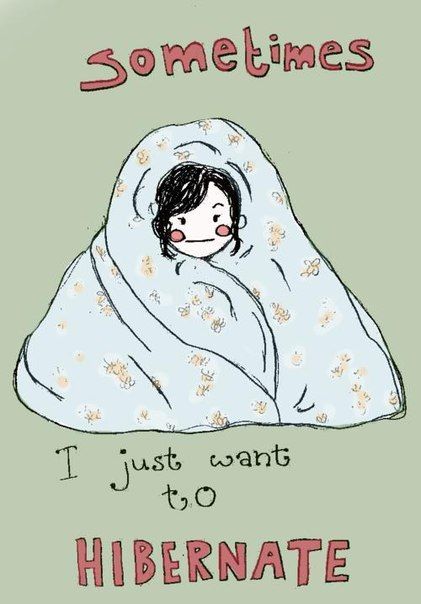