There’s a portal that exists within our homes. It hides in plain sight but you pass it by without seeing its charms or the wonders it holds. Even if you open it and enter, the true purpose of it is hidden till you become a parent. Because it is only then that the enchantment is revealed and the veil is lifed from our eyes and we see it for what it actually is- a refuge, a haven or a place to hideout till the little humans come for you.

I refer to, of course, the humble bathroom. The place that we all need; caste, creed, race, gender not withstanding. But for some reason parents need it more. From the initial days of becoming a parent when you can actual fall asleep on/near/ a commode or even while brushing your teeth, to the time when going to the bathroom becomes like a long-awaited entry to the exclusive nightclub around the time the child is crawling and reaching for everything that they shouldn’t be. 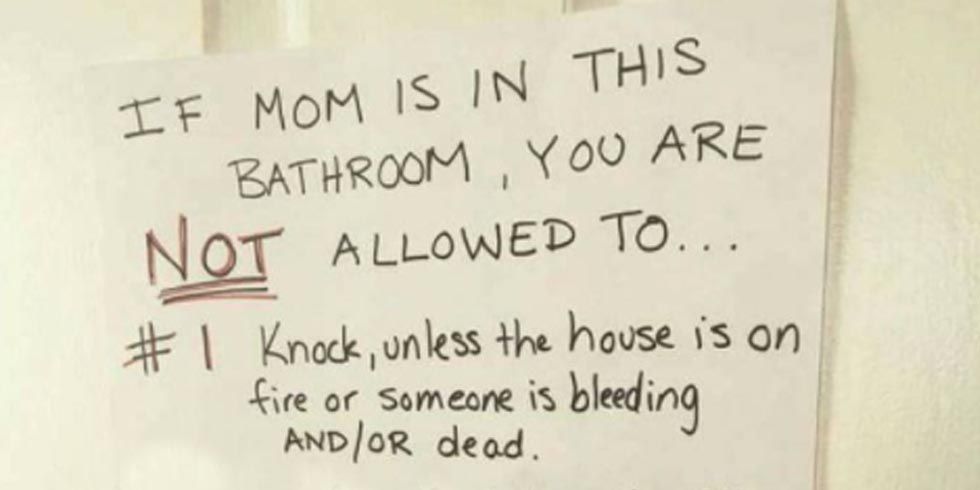 Later on it’s just a place that becomes your refuge. You tiptoe past the child who hasn’t spotted you yet or sneakily creep around when they are calling out for you and make your way into the Promised Land aka The Loo! For it is the place you can bluff your way into and no one’s going to be able to come and check and see if you were really doing your business or just yanking their chain.

But there are limitations to the portal for it is not soundproof. And sometimes the space between the door and the floor is enough for little fingers to push their drawings through for you to see, or just to wave at you because who doesn’t like to engage in discourses about art or have social interaction while on the pot! 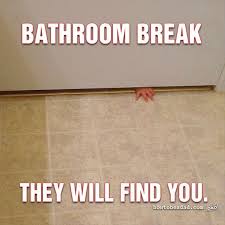 The kind of conversation that can go on from either sides of a portal is mindboggling but true nonetheless. Here are some examples:

Each time a child sees a closed door with a parent behind it, some primal instinct awakens in them and they feel the urge to communicate till some sort of reciprocation is forthcoming. For a parent, it’s a sense of cold comfort hiding out on the porcelain throne till it’s time to call it a day and open the portal back to the land of the little hoomans. That is, until the next time the portal opens and a world of isolation beckons away from the “gimme-gimmes”. 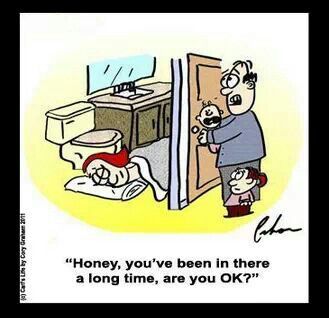